The Nevada Central Suite has an antique Queen sized bed with a connected sitting room and a separate private bath across the hall.

The sitting room has a pull out chair that pulls out for a single bed, that can accommodate  another guest.

All our rooms feature flat screens TV’s with cable channels. Over 100 channels to chose from.

Named after the train that ran between Austin and Battle Mountain, started in 1880 running for 57 years until 1937. The rail was owned by the Phelps Stokes family, the owner of Stokes Castle and most of the Silver mines in Austin. 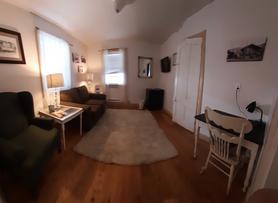 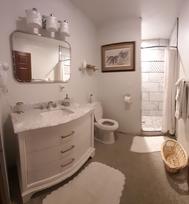 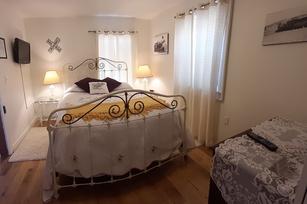